Galaxy S5 Versus Xperia Z2: The Megapixel War Is Back!Posted by MoneyHeroOn March 7, 2014 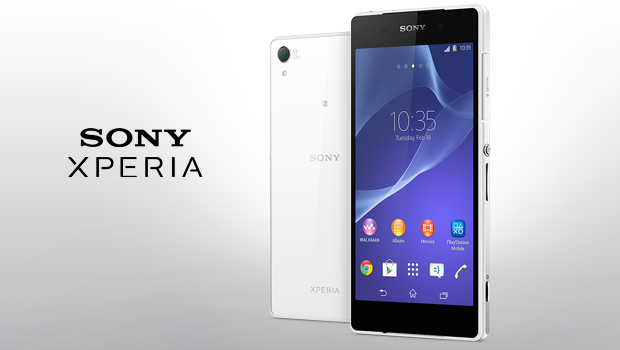 Smartphone makers touted their wares at the 2014 Mobile World Congress that was held in Barcelona just recently and this event was where Samsung and Sony unveiled their two flagship smartphones for the year. Samsung unveiled the updated version of the best-selling Galaxy S range with the new Galaxy S5. Sony also unveiled the new Xperia Z2 during the Barcelona event and judging by the features on these new flagship phones, the megapixel war is back!

There was a time when phone makers were able to differentiate their phones from others by the higher megapixels. The phones on the market could all allow you to make calls reliably and send texts easily so having a phone able to take pictures was a big WOW factor back then.

During its heyday, Nokia was a leader in the race to offer consumers digital camera-equipped mobile phones with the highest megapixels available. This strategy—of focusing on megapixels—paid off for a while but then, as if all of a sudden, people were drawn to something else after Apple introduced the iPhone. It was now all about the ecosystem that these phones provided people access to. People were now drawn to smartphones that could download apps from the app market and access the Internet easily with their smartphones. People focused on the capacity of the internal memory of phones as people used their phones as media devices.

Once the market leader, Nokia struggled in the post-iPhone era and tried to regain its market position by offering the Lumia 1020 last year. The Windows-powered Nokia Lumia 1020 has a whopping 41-megapixels and was Nokia’s flagship model last year. Whether having a phone with a huge megapixel count would be enough to help Nokia catch up to the likes of Samsung and Apple in today’s smartphone race has yet to be seen—but the introduction of this smartphone seems to have sparked a new round in the megapixel war.

The other smartphones that were on display at the 2014 smartphones show in Barcelona had cameras with relatively lower megapixels but impressive cameras, nonetheless. The LG’s G Pro 2 has a 13 megapixel camera that could also capture 4K video and even a 120 fps slow-motion recording option. Sony also had another phone on display at the MWC 2014 with the Sony Xperia M2 that has an 8 megapixel camera with a dedicated shutter button.

Checking out What’s Under the Hood: Samsung Galaxy S5 vs Sony Xperia Z2

The Samsung Galaxy S5 and the Sony Xperia Z2 will be two of the phones that will compete for your attention when it comes time to upgrade your phone this year. Check out their specs before you make the plunge and pay top dollar for these devices.

Samsung’s 2014 flagship phone is powered by a 2.5 GHz Quad Core Processor and is backed by 2 GB of RAM. It also has LTE and runs on the Google Android 4.4 Kitkat version. Samsung posted a video of the new phone on YouTube where it enumerated the features of the new Galaxy S5. The video shows that the phone is available in four colors and people could choose between the 16 or 32 GB version. Consumers could upgrade the phone’s memory with up to a 128 GB SD card. It also has a 5.1” super AMOLED screen that delivers vibrant colors with its 1920 X 1080 pixel display.

The stand-out features of this new phone in the Samsung Galaxy line is the fingerprint scanner on the Home button. Staying true to the fitness trend we see in many tech devices these days, the Samsung Galaxy S5 has a heart rate monitor on the back. Those with butter fingers or live an active lifestyle will be happy to know that the phone is water- and dust-resistant. Keeping the phone juiced is a 2800mAH capacity battery. Samsung has yet to provide details on the phone’s price.

Sony refreshed its Xperia line with the release of the Xperia Z2. The Xperia Z2 is powered by a 2.3 GHz Snapdragon 801 processor and backed with a 3 Gb RAM, a speed advantage over the Samsung Galaxy S5. Sony’s Xperia Z2 comes with Google Andoird 4.4 KitKat but has Sony’s own user interface on top of it. Its built-in storage is 16 GB but users could expand it with a 64 GB memory card.

The phone comes in three colors and will help you navigate with the GPS and A-GPS chips. Like the Samsung Galaxy S5, the Xperia Z2 is also water- and dust- resistant with an IP 58 certification. It doesn’t have the fingerprint scanner and the heart rate monitor of the Galaxy S5 so that’s one area that the Xperia falls behind the S5 on.

Sony Xperia Z2 and the Samsung Galaxy S5 are just two of the many phones that were displayed in the 2014 Mobile World Congress. Other phones that were on display at the Barcelona event were the Huawei Ascend G6 that comes powered with a quad-core 1.2 GHz backed with a 1 GB RAM.

China’s ZTE also touted the Grand Memo II phablet during the event. This model features a 6” display and even has a Snapdragon 400 processor. HTC is also aiming at the phablet crowd with the Desire 816. The phone has a 5.5” screen with a 1280 x 720 display.

Sony Xperia Z2 and the Samsung Galaxy S5’s super-high megapixel cameras and fast processing powers make them stand out in the Mobile World Congress crowd. With the megapixel war back on, it could be a sign that the smartphone market needs another disruptive tech as the features of many smartphones on the market are starting to get a little hard to differentiate from the perspective of most consumers.

*This article is brought to you by MoneyMax, a leading comparison website in Malaysia. This portal helps individuals by comparing financial products and mobile deals. To compare mobile phones and smartphones, click here Or like their page at Facebook.com/MoneyMaxPhilippines

How To Select The Best Moving Company To Move Your Business?

BlackBerry Bridge – What is it and how does it work?

How to Use the Disk Management Tool