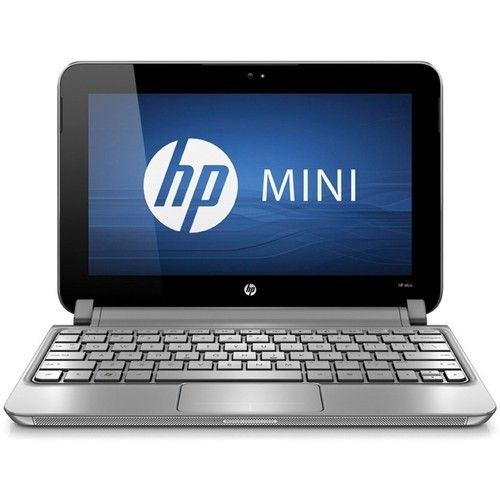 The HP Mini 5102 was a decent notebook that was dependent on the single-core Intel Atom processor. Once the Intel Atom N550 was announced, HP right away released the HP Mini 5103. It is exactly the same as its predecessor save for the new dual-core Atom N550.

Netbooks are mostly made with plastic chassis. Metal is seldom used due to several reasons. The HP Mini 5103 maintains an anodized aluminum top that is black in color. The look is very stylish and really sets HP apart from the competition.

The HP Mini 5103 weighs 3 pounds which is understandable as it has a 10-inch screen and is powered by a huge battery. Like other HP netbooks, it has a default resolution of 1024 by 600 that can be upgraded to 1366 by 768 for a fee. There is another upgrade possible with the Mini 5103 too. You can choose to have the screen turned into a capacitive one like the tablets. Nothing bad can be said about the screen. It is lit properly and can be viewed from all sorts of angles. Artists and kids will surely love it if the touch screen is installed too.

The keyboard is great because it is full-sized. Typing is also relatively easy and your fingers will not feel cramped. The experience is made even better thanks to the huge touchpad and soft mouse buttons. The touchpad material is similar to that used in today’s mainstream HP laptops.

The netbook would have been perfect seeing as it has a 7200 RPM hard drive. However, the capacity is only 160GB. 160GB would have been alright if we were talking about desktops that had tons of space for additional drives. For netbooks, there are only two to three hard drive pins at most. 160GB is way lower than the standard usually provided which is 250GB.

The Intel Atom N550 is probably the best feature of this netbook. Two is better than one, as they always say. The same saying also holds true for the RAM. Instead of the typical 1GB, 2GB is installed. Web browsing and multi-tasking definitely saw a slight improvement.

As mentioned earlier, the battery added to the weight of the HP Mini 5103. True enough, the package contains a 66Wh battery which is bigger than usual. The HP Mini 5103 took up to 8.75 hours to use up that 6-cell battery. For a $650 dual-core netbook, the battery life seems fine.

How To Perform A Successful Salesforce Merge?