Navigating The Complex Rules Of MTGPosted by EditorOn January 9, 2014 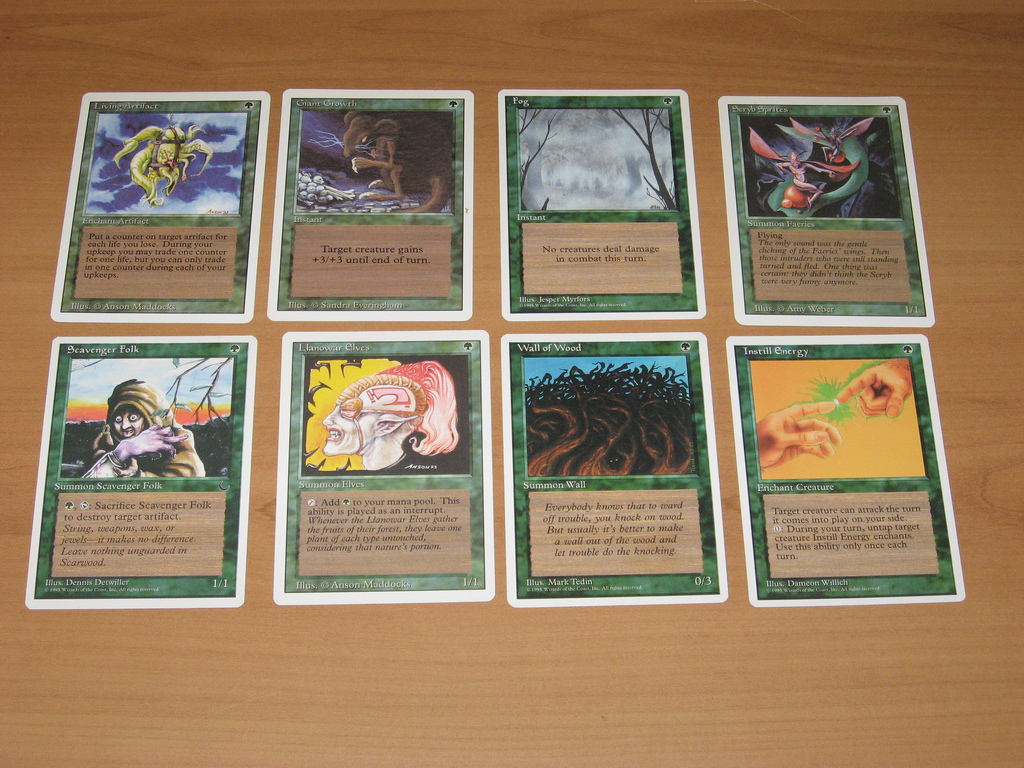 The Beginning of Magic The Gathering

Magic the Gathering is a trading card game created by Richard Garfield, a student at the time, in 1993. It was distributed by Wizards of the Coast and became a big hit among various gamers, including enthusiasts of pencil and paper role playing games like Dungeons and Dragons. As of 2011 more than 12 million people were playing Magic around the world. The base game consists of a core set of playing cards or a virtual deck used by people playing the game online. You need at least two players and each player uses his own deck. Most casual games take place between small groups of friends, but a tournament system evolved for more serious players to test their skills against other highly skilled players. The Pro Tournament system began in 1996 with professional players competing for cash prizes s high as $40,000. The tournament even briefly enjoyed some television coverage on ESPN2. Many rounds of Magic can be played with the core sets, but Wizards of the Coast soon started releasing expansion sets on a regular basis such as “Arabian Nights.”

The World of Magic

The basis rules of Magic are detailed and elaborate, but not complex or difficult to learn. It is more a matter of learning a considerable amount of vocabulary and other details about the fantasy world in which the game is played. It is essentially a game of strategy between two or more people battling as wizards with their deck of cards to try to defeat their enemies. Each player begins with a status of 20 life and the goal is to reduce your opponent to 0 life. The focus of the game are the players decks or their Library from which they draw seven card Hands.  There are seven types of cards Sorcery, Instant, Enchantment, Artifact, Creature, Planeswalker and Land. Each card contains information needed to use the attributes of the item or being represented on the card. For example, a Creature card of a dragon provides information such as its power and toughness rating, text box and mana cost. Mana is basically magic money which players spend in order to accomplish things such as casting spells.

Two or more players begin play each with their own deck of at least 60 cards. The game revolves around players taking turns attacking their opponents and attempting to block the attacks of their opponents. The different types of cards are used within the context of six game zones. These are different places for the cards to be during game play. The six zones are the Library, Hand, Stack, Battlefield, Exile and Graveyard. The most important rule of Magic is referred to as the Golden Rule and states that when there is a conflict between the rule book and information on a card, the card takes precedence. Another key rule involves the use of Tapping. This is the act of turning a card sideways and using it to accomplish a goal such as make mana, use a creature to attack or activate an ability. Each player’s turn breaks down into 5 phases, Beginning, Main, Combat, a second Main Phase or Post Combat and Ending. When players become familiar with the basic game it can be modified through the use of expansion card sets as well as multi-player variations of the game.

How To Unlock LG Phones Safely By Using Code?