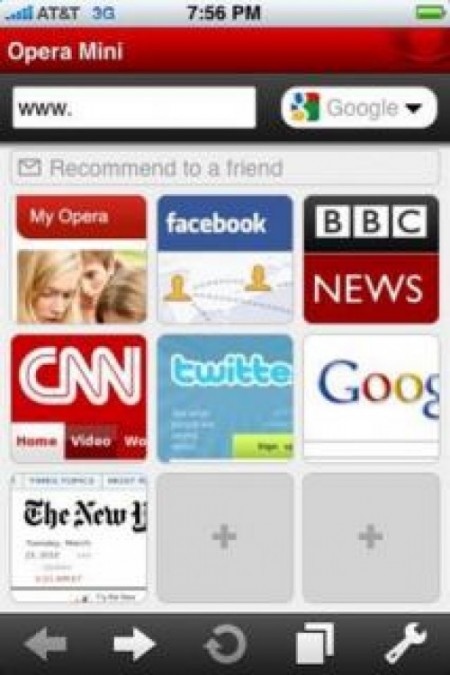 Opera Softwares, leader in mobile-internet browser softwaremanufacture today announced that it has entered the field of tablet computer software. Opera confirmed that it has reached the 100 million cellphone users mark lately. As part of entering the new horizon of tablet softwares, a new version of Opera Mini for Apple’s iPad would make its debut at the Mobile World Congress trade show this month.

Research reports state that the iPad’s market is expected to jump from a 19.5 million this year to a massive 55 million next year. Together, it is a known fact that the mobile internet market has boomed since iPad’s introduction . The Opera’s move to introduce browsers for the iPad is hence, no surprise taking the tablet trends into consideration.

Presently, Opera has 90.4 million users for its Mini browser version and around 15 million users for the full Opera Mobile browser. All round the year, Opera has maintained its lead in the market with a huge 21 percent against the 15 percent(approximate) most other rivals own.The new browser is sure to take the Opera share even higher.

How To Choose A Website Design Company In Jaipur?

How Can You Avoid Scaffold Related Construction Site Hazards?

No More A Hassle To Move from One Place To Another