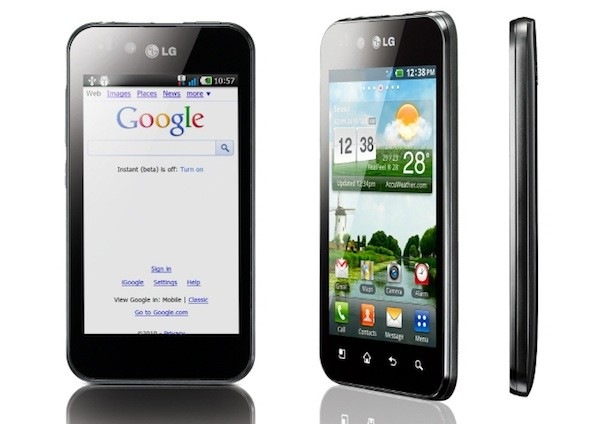 Optimus Black is introduced by LG and it is an ideal Android phone. The phone has clean and elegant features. It has 4 inches of screen display, which generates 700 nits of brightness. The weight of the phone is 109 grams and it has 9.2mm of thickness.  The back body and the edges are enveloped in plastic. The phone is very sensitive and requires special care. In the long term, the phone may suspect to the cracks and bruises due to its thin body.

Optimus Black symbolizes the decency and that is the reason there is no perfunctory detailing. Only the camera is embedded at the front of the phone. The camera of the phone is of 5 megapixels. The lens and the LED flash are placed in a manner that it will be protected from the scratches and scuffs. The result of the camera is mind-blowing. The camera can take a snap shoot of moving vehicle and no one can believe that the vehicle is moving. The results of the camera are awesome, no matter from where users have captured the picture. The dedicated camera presents the unbelievable results. Blurriness and noise are the two main point over which LG has worked a lot.  The camera of Optimus Black is depicting the efforts made by LG.

Optimus Black screen is known as Nova Display, because of its inarguable highlighting features. The IPS screen is of high quality with 800 x 480 resolutions. It offers better color, viewing angles and reproduction than the other LCDs.

Most of the handsets’ screen fades away in the sunlight. But, many users have tested and found that Optimus Black screen displays the unaffected contents. Users can even watch movies and photos in the direct sunlight. The light sensors can be set on automation by putting the phone on the auto-brightness. Light sensors are too strong that it will immediately activates, even if, the finger has been passed over it.

The speakers of the Optimus Black are designed in a manner that it can produce the clear and crisp sound. Even, at the highest volume, users will not encounter the distorted sounds. Optimus Black has battery that can go 1500mAh. This battery can give 12 hours of talk time, web browsing and listening music.

Speed is the key feature of any Android smart phone. The Optimus Black has justified the standards and has raised the bar. It has 1 GHz chip and single core processor. LG also has introduced the G-Key in the Optimus Black. The purpose of G-Key is to navigate between the homescreens. If it is pressed twice then it will enter in the camera application. Incoming calls can also be answered by pressing the G-key.