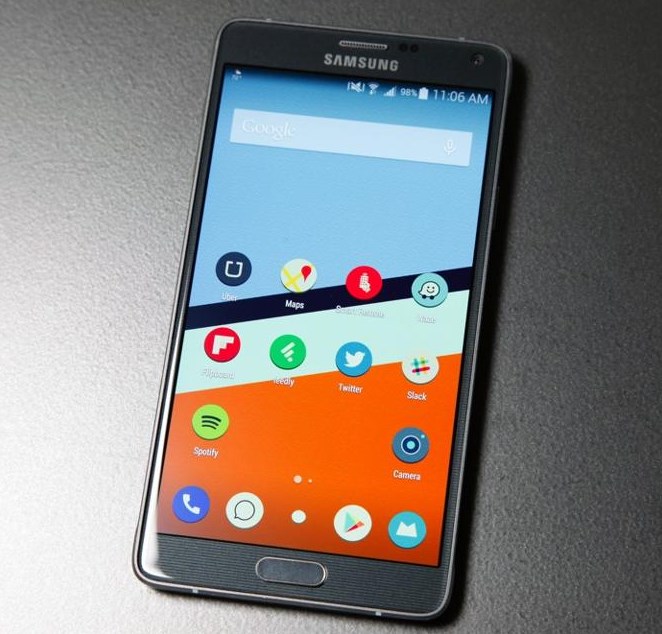 In the last two or three years Galaxy Notes have lost the prestigious position it used to have in the smartphone world, as not much innovations have been brought about in the smartphones that were released in the last two years. So tech buffs are assuming that in 2015, Samsung is going to make a grand comeback with the launch of the next smartphone in the series i.e. Galaxy Note 5. Though we are not very sure about the name of the next Galaxy Note, but its make sense to be called Galaxy Note 5 as it will be the successor of Galaxy Note 4. Here are some of the coolest rumoured features of Galaxy Note 5 that if true is surely going to make it the biggest release of 2014.

All Galaxy Note users have at some point or the other complained about how fragile their phone was. Therefore, Samsung developers decided to work on this negative aspect of the Galaxy Note to get the maximum customer satisfaction. The next phone is supposed to come with scratch proof sapphire screen. Previous sapphire has been used only in the TouchID of the phone, but now the same metal will be covering the entire screen of the phone.

Recently Samsung acquired one of the leading Israeli companies that are known for their innovation with motion sensing. Therefore, we are expecting that Samsung is going to integrate the technologies developed by camera expect company in Galaxy Note 5. There is a buzz that Galaxy Note 5 will be integrated with special camera which helps in modifying the focus of a particular photo after the photo is being taken. This will definitely provide Galaxy Note 5 with an edge over its competitors.

The acquisition of new company also comes with another good news i.e. integration of 3D gesture control in Galaxy Note 5. However, for Galaxy Note 5 we are expecting it to be limited to facial recognition and scrolling of pages with eye movement. The phone might have a technology whereby the phone will capture the 3D image of the eye and page can be scrolled based on sensing the eye movement. This Eye Scanner technology may appear in other smartphones too. In the market, along with Galaxy Note 6 other superior smartphones like Sony Xperia Z5, Google Nexus 6-2015, Galaxy Note 5 and LG G4 will walk.

However, inclusion of these advanced features would mean that Galaxy Note 5 is going to come with a bigger price. Galaxy Note has always topped the price charts and now with enhanced price it might not be within the budget of maximum number of users. Therefore, most come up with innovative strategies to market their phone as well and reach out different groups of potential consumers. But everything would be cleared after the Samsung Galaxy Note 5 release date.

Facts About The Propane Powered Scooters