One recent trend of note in regards to the manufacturing industry has been the rise in popularity of 3D printing. Simply put, a 3D printer is capable of making a solid, three-dimensional object using information obtained by a digital model. People can design a particular model using computer software and allow the 3D printer to take individual layers of material and turn that model into a 3D object. It’s easy to see why the 3D printing revolution has begun – it’s a technology with a wide variety of applications and potential benefits.

One example of a company that is producing low-priced, consumer-oriented 3D printers is Makerbot. Makerbot has released a printer model called the Replicator 2 that features both a resolution capability of 100 microns and a 410 cubic inch build volume. Despite these technological advancements, the Makerbot Replicator 2 is aimed at a consumer level, and is in turn priced very reasonably. With 3D printers like those offered by Makerbot decreasing in price at a rapid pace, more and more companies are capable of adopting this technology.

Adding a 3D printer to a business can allow for much quicker modeling than was traditionally possible, which in turn allows projects to get off the ground faster and quickly translates into increased productivity and revenue. It’s also seen as a general cost saving technique. Companies and individuals who needed 3D models in the past have had to turn to specialized facilities with micro molding capabilities.

Affordable, high quality 3D printing has a variety of different applications beyond traditional business use. Consumers can use 3D printers to create their own plastic prototypes or custom enclosures for their hobby electronics creations. The Makerbot in particular is more than capable of handling these types of needs. The Makerbot is capable of printing things like model houses, model cars and even decorations that can be used around the house. All of this wouldn’t have been possible (at least in any type of financially reasonable way) at a consumer level even as recently as five years ago.

Printers like the Makerbot also allow for problem solving. One London software engineer used his Makerbot to create an adapter for his iPhone 5 that allowed him to use older accessories with his new hardware.

Sadly, 3D printing is not yet totally perfect in all areas, however. Individuals and businesses that require parts smaller than 100 microns in resolution will still have to go to specialized prototyping facilities capable of micro molding.

The main thing to realize from the 3D printing revolution is that low-cost 3D printers are a clear and worthy extension to commercial 3D printer applications. They are capable of allowing new products to be created and tested in less time than ever before, which will lead to a great deal of innovation in the years to come. It serves both consumer and commercial enterprises extremely well. Consumer users can create new things from the comfort of home, while commercial printers can let both inventors and companies create smaller, intricate parts with less hassle than ever. 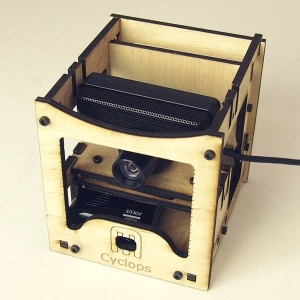 Tricks To Increase Traffic On Your Blog