The Possibilities of Internet TV With Live StreamingPosted by Admin34On November 17, 2011 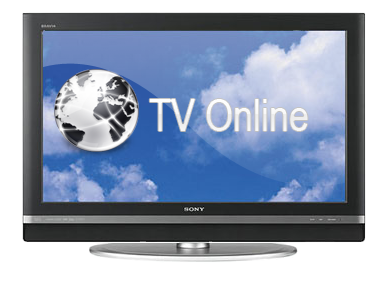 Internet TV has to be one of the biggest, certainly the most innovative, products to hit the technology market in recent times. Internet TV is transforming the whole landscape of TV and media consumption, with traditional television suppliers and stations struggling to catch up. Rights, advertising, territories – it’s all going out of the window.

Here in the UK we’ve already had a high profile case of modern technology versus the established way of consuming technology. Certain very high profile sports coverage has been called into question after its providers attempted to ban people from finding the content through other avenues – a ban that has been deep sixed by the courts, opening the floodgates for a wave of uncertainty about legislation and territorial ownership.

For the consumer, of course, the internet TV with live streaming you get on plans like Comcast internet plans (which combine TV, phone, and net streaming together) represents a cornucopia of new programming and new ways t get your fix of entertainment, news and factual stuff. Software that lets you enjoy branded content on your PC or your laptop is only the start. With a full internet package you’ll be able to stream TV onto your mobile devices too – and watch HDTV on the more traditional screen in your living room.

The Internet is great at segmenting information into categories. By that I mean that you get a website “about” something and you expect all the content on that site (including its links) to be relevant to that subject. When the content, and the links, relate to internet TV streaming, then you start to see the potential of streamed IPTV in terms of a revolution. You don’t have to wait for a particular “TV station” to deliver content on your favourite subject anymore – instead, you get on your favourite topical IPTV website and find all the content in the world that relates to your subject.

In a way, Comcast internet plans have an unfair advantage over everyone else – in that Comcast started life as a cable TV supplier. The company has simply switched medium to position itself where the TV watching public has been heading for years – the unseen airwaves of the internet.

The possibilities of the IPTV (Internet Protocol Tele Vision, if you care) system are endless. For the provider of content, they present a number of seemingly intractable problems – like how do make money from advertising when people no longer have to sit through adverts? The buzz from the electronic street is that people who stream TV hardly ever watch ads, when they have the option of not doing so – and that means death for a massive amount of revenue for TV companies.

One way around it is to force adverts on a viewing public, as has always been the case. This does still work but it won’t work forever. Simply put – when competing companies decide to deliver ad free content, any company still forcing ads onto its viewers will get lost in the mix.

Not that much of this matters to Comcast, which is delivering internet TV through Comcast internet packages that have already gained a reputation for speed, value and flexibility. To find out more about the entertainment possibilities of your internet connection, check out the latest from the company.

The 10 Commandments Of CV Writing

What are Registered Virtual Office Services?