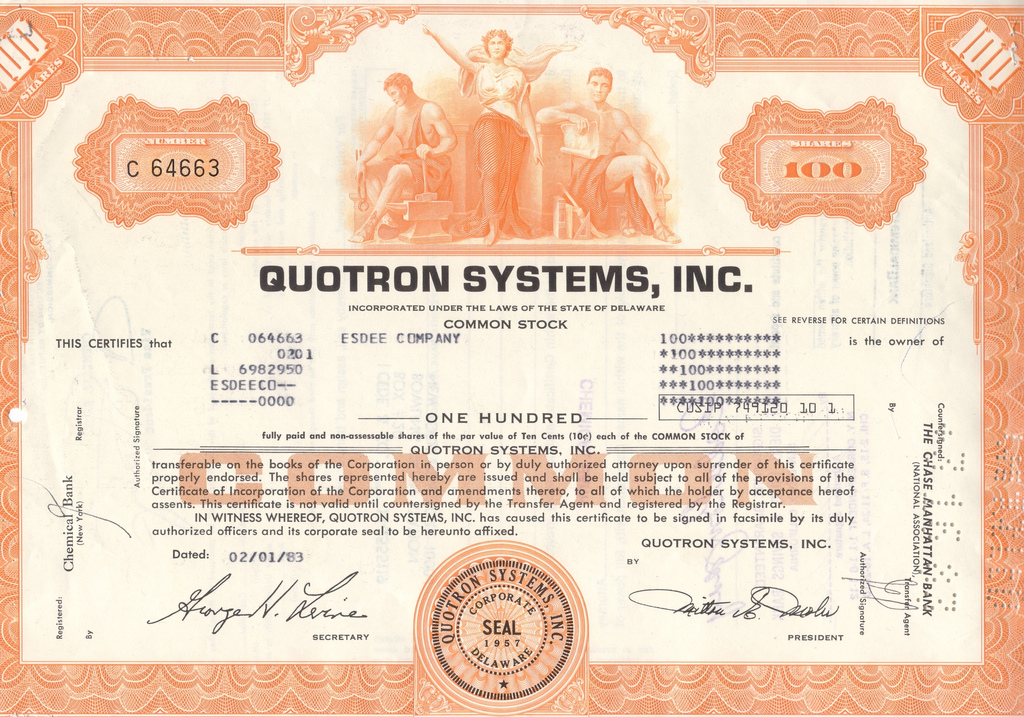 The Quotron device is an ominous sounding blast from the past, but many readers don’t even know what it is or what it does. It sounds like science fiction, perhaps a power cell or some kind of torture instrument. What it actually is sounds much less glamorous. The Quotron is described in its first December 11, 1959 patent application as an “electronic memory device for storing and displaying information.” It was the future for stock traders, who were using antiquated stock tickers that updated too slowly to give them the competitive edge they really needed when they needed it. Older people already knew this, especially if they worked in business or stock enterprises before the late 80s or early 90s.

The History of the Quotron Device

The stock market has been around for a long time, since the 12th century, in fact. Back then predictions and readouts were done by scribes and couriered around to relevant parties. Gradually blackboards replaced scribes, and numbers were carried by whatever the popular broadcast method of the day was. In the 1930s, for example, stock numbers could be read in newspapers or heard over the radio. The system was revolutionized by the invention of the stock ticker in 1863. The means of viewing this steadily improved, but with all of these systems there was one fatal flaw: response time. Brokers learned of changes quickly enough, but there was no way to tell their clients efficiently.

The Quotron changed that. It was invented in the mid to late fifties by Jack Scantlin, patented in 1959, and ready for sale by 1960. By 1961, just one year after it became available, it was in over 800 offices and used by over 2,500 stock brokers nationwide. Quotrons were fairly crude by today’s standards, storing sale information on magnetic tapes which had to be rewound when someone inquired about a specific price to report the last sale made matching that description.

The Eventual Fall of the Quotron Device

Although it was leaps and bounds ahead of anything else available at the time the Quotron did have one big flaw. It only reported the information from the last sale of stock. It couldn’t tell you where the stock had started, so unless you already knew where the price of something started it wasn’t all that helpful. The next big thing to hit the world of stockbroking was the Ultronic. This device was very similar to the Quotron but it also reported opening price, share volume, and price highs and lows through the day, and it was released just two years after the original Quotron in 1962. In response to this, the Quotron II was developed in 1963, which reported stock numbers via Dataphone plans and was slightly more efficient. These devices still limited who could participate in the stock market because Quotrons were costly and difficult to come by. All of that changed with the invention of the modern computer. By the late 1990s however, everything changed with the Internet. Stock prices were constantly monitored, reported, and re-reported throughout the day. Now there are even smartphone apps that monitor the market day and night without much more effort than it takes to send a text message.

Derek McDaniel is a freelance writer based in Philadelphia, PA. Derek writes on finance, financial technology, the stock market, banking, financial regulation and other kindred topics; those interested in perhaps joining the world of finance should check out the financial planning jobs with moneyjobs.com.

Technology That Makes Traveling Less Of A Hassle

Startups in New York: What Each Beginner Should Know?