Using The Internet To Track Criminals On The RunPosted by Ajay KumarOn January 23, 2016 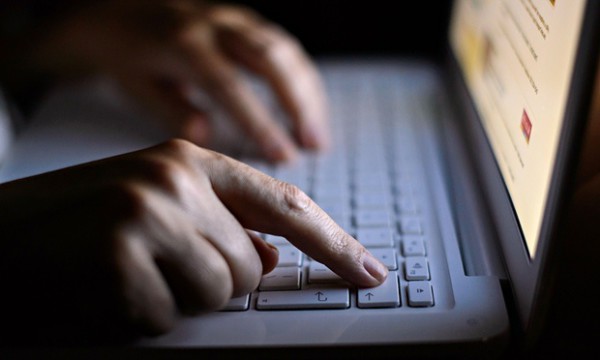 The field of computer science and law integrates to form computer forensics to investigate crimes. Computer forensics has been playing an indispensable role in convictions of many criminals including murderers, terrorist, and sexual predators. This article provides an incursion on how internet-enabled tools and programs can be used to track criminals on the run.

Often terrorist organizations use the Internet in their recruitment of new members while sexual predators tend to use social media platforms to stalks, potential victims. However, most criminal are not able to cover their track when implementing their crime over the internet. Investigators can track criminal activity since most criminals don’t realize that their computer data and files remain on their hard drive even after they are deleted.

Even if a criminal deletes the incriminating files, the data remains in a binary format due to the residual representation of data. The original data can still be recovered since file deletion renames the files and hide it from users. Nevertheless, due to volatile nature of memory, the data can be overwritten and eventually lost.

Since computer data does not persist indefinitely, the longer investigator waits the more they are likely to lose the evidence. Fortunately, without turning on a computer, content can be copied for analysis by some equipment engineered by computer scientists.

Some criminal have become more cautious on the internet and hide incriminating data through encryption. However, most criminals don’t have the know-how or the patience of implementing encryption on a continued use basis. A criminal who employ encryption often use partial encryption; detective can analyze unencrypted copies that can be found on the devices.

It has also been observed that most computer users are likely to reuse password and detectives can locate the indecipherable password formats to gain access to any protected files.

Unlike early years when “wanted” posters were displayed in towns, modern law enforcement post description of criminal suspects in social webs. Social media platform like Facebook, Twitter, and YouTube has millions of users and very fast capability of exchanging photos, video, and text. This makes them ideal for getting the word out and receiving lightening fast updates concerning wanted persons.

Global positioning system (GPS) embedded in most smartphones and satellite navigation system along with Google map applications can aid detectives by tracking locations of criminal suspects. Though, evidence retrieved from GPS is limited to a list of address, since they don’t provide the time when the address was archived, and whether the address was automatically recorded or inputted by a person. Despite this limitation, GPS has played a crucial role in prosecutions of many suspects.

For example, the Scottish National High-Tech Crime Unit searched for GPS device from a suspect and obtained thousands of addresses his vehicle has passed, and many addresses turned out to be leading to the crime scene. Besides, in 2011, the U.S forces successfully located Osama Bin Laden compound where he was killed by tracking a satellite phone call from his bodyguard.

Though GPS related evidence may not be sufficient to establish a motive, it can still confirm a hunch or provide invaluable leads thus supplementing other forms of evidence. Moreover, Setting such as language preference and contact list may be used to identify suspect or accomplice.

Anonymous tips systems are gaining significant attention since they enable people to provide information without any fear of retribution. The program allows people to send information anonymously through anonymous web chats where alert are filtered and the through police department they are pushed to other web mediums.

The programs can also be published with Google maps and clickable interactive heat map that enable other people to add more information based on the locations. These programs significantly improve interaction between community and police through real-time web tools.

Kyle Carter is a professional bail bondsman with C&K OKC Bail Bonds in Oklahoma City. Kyle is passionate about sharing information online through his blogs, on youtube, and provides local bail bonds services in OKC to the local community.