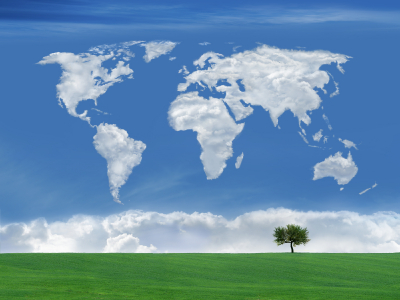 If you ever happen to be walking around New York’s Madison Square Park, you will encounter BuckyBall, a sculpture by artist Leo Villareal that was created in honor of Buckminster Fuller. Villareal paid homage to Fuller’s genius that lead to developing the geodesic dome. In addition to manifesting a structural design ahead of its time, the dome was a metaphor for forward thinking, social equality, and the drive to make innovated improvements around the world. Continue reading to learn how these improvements are being made today thanks to the work of Buckminster Fuller.

The dome and man that inspired it all

Fuller is most commonly known for the geodesic dome, a sustainable structure that defies the laws of physics regarding weight limits and engineered construction. The dome has been produced over 300,000 times and can be seen in children’s toys and sports stadiums. However, Fuller’s true impact on our modern world can be seen in his continued influence that touches generations of architects, designers, artists and scientists working to build a more sustainable world.

A project that made a big difference

Operation Hope was the winner of the 2010 Buckminster Fuller Challenge that provided a solution to a major cause of climate change. At the bulk of the project researchers transformed parched and desolate grasslands and savannahs into lush, vibrant fields with ponds and flowing streams. This was achieved even during severe drought.

Together the Savory Institute in Albuquerque, New Mexico and the Africa Center for Holistic Management in Zimbabwe created Project Hope. Its approach proved to be a successful one in the field of land management that strayed from traditional ideals. Instead, their holistic management process restored balance between the herding behavior of animals and plant growth. Through the means of innovative technology researchers were able to calibrate and measure figures that ultimately lead to the re-introduction of thriving water sources, combating global climate change, and increasing crop yields to guarantee food for individuals.

Thanks to this team effort and the Buckminster Fuller Challenge, this practice is currently being executed on over 30 million acres of land around the world.

The call for technology and science

There were some other incredible projects that were initiated under the Fuller Challenge, including one that sought to educate woman in rural areas of India and Africa to be solar engineers within their communities in order to launch their economies and increase quality of life.

There was also a project straight out of Brooklyn called BK Farmyards that became a leading example in the urban agricultural movement that created web-based crowd-sourcing platforms to advance urban farming as a thriving business and viable food source for local people.

It is amazing to look at all of the innovative work being done by tech savvy scientific minds that were inspired by Fuller and his ideals that surrounded the geodesic dome. Clearly, there is a lot being done for global good and the young scientific players on today’s global stage will, as technology advances, learn new ways to keep the momentum going for future generations to follow.

Top Reasons for Why You Should Recycle Mobile Phones

Table Clamps: Benefits Availability Of These Multi Use Items