Why do we need antivirus solutions?Posted by Gabriel MOn May 16, 2013 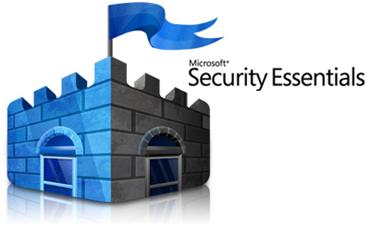 The term computer virus appeared in 1983 was defined as a program that can infect other programs by modifying them. Unfortunately, viruses can not only be transmitted as executable programs, but can also be infiltrated in PDF or JPG files, for example.

Unlike viruses, worms are malicious programs (malware) which copies themselves from one system to another without affecting other files. For example, some worms spread via e-mail.

Next, Trojans are viruses that always have unexpected effects, opening a gate for hackers acting on infected systems remotely, by stealing passwords and other confidential information. Such systems that are normally used for accessing an infected computer are known as Denial of Service (often abbreviated as DoS – such an attack overloads the system with information and extra traffic).

The general term for malicious software is malware. Malware is a program, file, or code fragment that makes changes on a system without the user’s consent.

What to expect from an antivirus program

Any unprotected PC is automatically infected nowadays. Although this is not obvious at first sight, an unnoticed infection can bring data loss, identity stealing and reduction / loss of system functionality. By installing an antivirus solution, however, the risk of an infection is significantly reduced. However, many people are reluctant to install such a program. The main reason cited is that such a program may slow their system down. Modern antivirus solutions, however, do not create any problem in this regard, because they are designed for increased protection with minimal system resource requirements. Moreover, software is updated automatically and the system is cleaned with minimum user intervention.

The best antivirus programs nowadays offer protection against viruses, Trojans, worms but should also detect the presence of keylogger programs, for example, and warn users about phishing and / or e-mail fraud. Even if the protection offered is of high quality, the antivirus should defend a system in as many ways as possible.

The efficiency of an antivirus program is measured by the percentage that it detects and clean viruses, as compared to other similar software.

Ease of installation and configuration

Setting up and configuring the system should be straightforward, so any type of user could handle this.

The complex functionality of an antivirus must be accessible to uninitiated users and also flexible and configurable enough for the advanced users. The average user will most likely look for a solution that can be installed on the system and then do its job without too much intervention from the user.

Frequency and quality of updates

A good antivirus is effective only if it has fast response against the latest threats.

Documentation and support from the manufacturer

Last but not least, a well designed antivirus program should not require reading a thick manual, but must have efficient documentation. Online support is a great advantage in this matter.

What Is The Actual Need Of This IELTS Examination? Know The Different Uses Of Ielts Here

Three VoIP Features That Your Company Should Have

Everything You Need to Know About Windows 7 Libraries