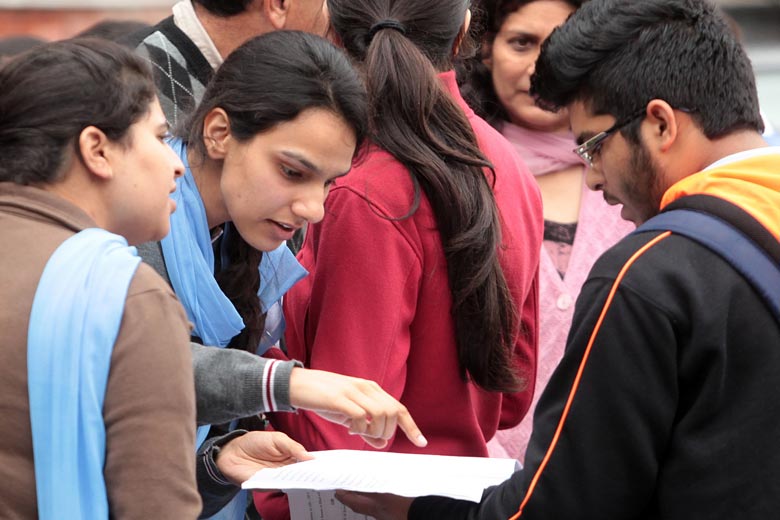 A notification for CAT 2015 has been revealed for all the aspirants who are looking forward to take admission in the top management schools in the country.Indian Institute of Management, Indore or IIM Indore is going to conduct Common Admission Test (CAT) 2015 for the admission in to MBA in all the IIMs as well asmany other leading management institutes of India.

The best institutes for doing MBA in India come under the IIMs. IIM-I has now introduced some major changes to the CAT examination pattern 2015. All the information related to the new exam pattern as well as the examination dates can be found at the website of Byju’s classes. To get the complete information regarding the details you can refer to the website of Byju’s classes.IIM Indore has declared some major changes to the examination pattern of CAT 2015. This has been done to make it more appropriate for the aspirants who will be taking up the CAT 2015.

Previously the CAT used to provide a number of questions in quantitative ability and data interpretation, verbal ability and logical ability tutorial that was shown just before start of the exam. From the CAT 2015 this tutorial will not be made available. Instead of that, the CAT aspirants for 2015 are expected to go through the tutorial well in advance before writing the main exam on the day.

From the CAT 2015 there will be only online payment for MBA. The fee for the examination must be submitted online through credit card or debit card or net banking. The CAT examination will be held online. This will be done so that aspirants are allowed to switch from one section to another as and when they like. As such they will be able to easily handle the examination as they will time across sections and then they can decide which section they want to spend less time so that they can use the extra time for the other sections.

The CAT 2015 that is being conducted by IIM Indore will not be having any window period. The examination will only be held for 2 particular days. The number of examination centers for CAT 2015 is 354 and all these centers are spread across 99 cities. Every candidate will be given the option to select any 3 cities for their centers.

Byju’s classes are one of the most effective coaching centers for the CAT 2015 examination. Their courses are comprehensive. They design their courses based on their experience. They have been training a lot of CAT students over the past years. You can visit their website for more details on how you should prepare for CAT 2015.

What Is Succession Planning And Does Your Business Need It?

Make The Best Choice Of Wireframe Tool, To Develop The Best Website Design!