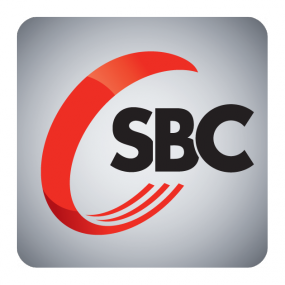 A Session Border Controller (SBC) is a device employed in a Voice over Internet Protocol (VoIP) system to impose control of a voice (and other signals) over the internet.  That control is manifested by a variety of functions, including security, connectivity, quality of service, regulatory matters and gathering of statistics.

An SBS might be oversimplified by comparison with vehicle traffic control via posted traffic laws like speed and road conditions, traffic signal lights, law enforcement officers and the common sense attitude of drivers on the road to self-manage their driving on the road.  But the example will serve to demonstrate the basic functions of Session Border Controllers.

Security is imposed to protect the session for invisibility of the initiating network (typically the local area network (LAN)) from topology visibility outside the LAN, malicious attack from outside the network, packet integrity and encryption of the signal during the session.

Connectivity allows linkage beyond the LAN firewall to communicate over the VoIP and navigate through the various sub-protocols by which communication traverses the Internet while being protected by the means noted above.

Quality of Service assures that the communications integrity remains sufficiently consistent over the network during a session in all of the available concurrent data streams that can occur during a session.

Statistical measurement is feasible since all VoIP communications route through SBCs.  This allows collection of data concerning usage of the system for statistical analysis.  One of the benefits of gathering data is for improvement of the VoIP system.

VoIP’s growing use worldwide is increasing in its abilities and dependence to protect the integrity of all Internet communications.  SBCs are contributing to that integrity, however, the system is not without controversy and inconsistencies.  Older equipment that may have been functional with the initial efforts with VoIP may not be compatible with modern SBCs, causing failure of connection or interruption of the session.  However, as the system matures and more protocols are in place, standardization will assure a smooth operation of VoIP.

Why Are Infographics So Shareable?

How To Financially Survive Your College Year

4 Ways Internet Will Change Our Lives In The Future!

Technology on a Budget: Best Laptops under $700

How You Go About Picking Risk Management Software