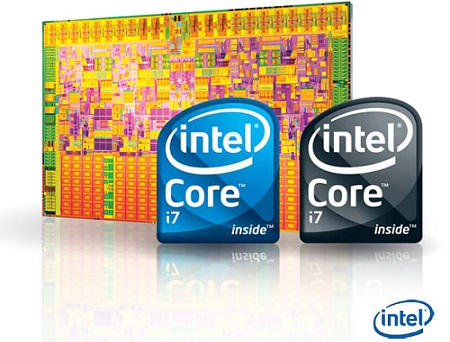 The fastest desktop processor ever, Intel six-core i7-990X has started shipping. Running at a clock speed of 3.46GHz, the chip includes 12MB of cache and uses 130 watts of power.What is more interesting is the manual overclocking that further improves the processor speed.

In addition, the chip comes with a feature named Turbo Boost that can power the clock speed to a 3.73GHz peak. The speed delivered will depend on the power used and the application performance. Based on the old Westmere architecture, these processors are free from the Sandy Bridge flaw that Intel had recently announced. The Sandy Bridge flaw had resulted in serious setback to the company reputation which they expect to gain back with the new release.

Along with the Intel announcement came CyberPower’s announcement of the gaming desktop that runs on the processor.The $4,465 gaming system is named as Black Mamba.The new processor with its great speed and performance capabilities are sure to impress hardcore gamers,media enthusiasts and 3D developers.

4 Pros and Cons Of Franchising!

A Fantastic New Gadget To Keep You Away Of Tobacco